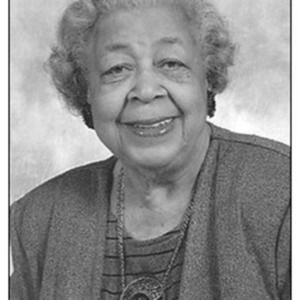 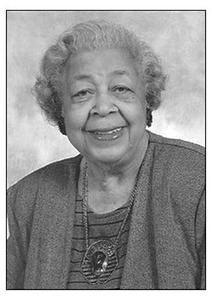 Title: Mary Elizabeth Carnegie
Introduction: A nationally renowned nurse minority advocate, Elizabeth Carnegie affected health and social welfare globally through her sustained commitment to equality in nursing practice, education, administration, research, and scholarship. She began her teaching career on the faculty of the St. Philip School of Nursing at the Medical College of Virginia. Her pioneering work included the initiation of a four-year baccalaureate nursing program at Hampton University, the first in Virginia. Carnegie helped break racial barriers and paved the way for the advancement of African American nurses.

"Dr. Mary Elizabeth Carnegie exchanged time for eternity last Wednesday, but her light on this earth will continue to shine through the numerous nurses, students, faculty, patients and families whom she touched exponentially."

Following her West Virginia experience Carnegie joined the faculty of the St. Philip Hospital School of Nursing in Richmond, Virginia, as a clinical instructor in obstetric nursing. This diploma program for African American students was part of the Medical College of Virginia that administered a school for white nursing students. After only a year, Carnegie accepted an offer from Hampton Institute to help establish a baccalaureate nursing program. With a white director in place at Hampton, Carnegie decided to continue her education and headed to the University of Toronto in 1944. There she met her future husband Eric Carnegie.

After completing her certificate program in Toronto Carnegie accepted an offer to become dean of the nursing program at Florida Agricultural & Mechanical College, now Florida A&M University. She remained in that position until 1953. Under her leadership, the School of Nursing was the first in Florida to be accredited by the National League for Nursing. During her tenure at Florida A&M, Carnegie began her push for the advancement of minority nurses. She almost single-handedly broke the racial barriers in professional nursing in Florida. During the late 1940s she endured numerous meetings where she was refused a room and meals at segregated hotels in Florida. After an initial appointment as a “courtesy member” of the Florida State Nurses Association she was elected to the board of directors in her own right.

In 1948, she was the first African American to serve on the Florida State Nurses Association Board of Directors and was reelected the following year to a three-year term by a large majority. Carnegie continued her education during her stay in Florida and was awarded a Master of Arts degree at Syracuse University, Syracuse, New York in 1952. The following year, she left nursing education to join the staff of the American Journal of Nursing Company. There, Carnegie was assistant editor for the American Journal of Nursing for two years, associate, and then senior editor of Nursing Outlook for 13 years. After receiving her Doctor of Public Administration degree from New York University in 1972, Carnegie was named editor of Nursing Research in 1973 and editor emeritus upon her retirement in 1978. Carnegie served as a member, and later chairman of the Ana Minority Fellowship Program. Her book The Path We Tread: Blacks in Nursing 1854-1984 was published in 1986 and continued to its third edition retitled The Path We Tread: Blacks in Nursing Worldwide 1854-1994. In addition she wrote other books, contributed to nearly twenty texts and numerous articles. Carnegie noted in Hattie Bessent’s The Soul of Black Leadership that: "If I have done anything by taking a stand for racial equality in the nursing profession and making sure that black nurses are in the literature, having been left out for so long, I feel that I have fulfilled my purpose for having been in this World."

Carnegie was inducted as a Fellow in the American Academy of Nursing and served at its first African American President. She was subsequently honored as a Living Legend by the Academy and the organization presented its Dorothy Ford Buschmann Award to Carnegie in 1999. The Carnegie Fund, housed within the NLN Foundation, had its origin when Undine Sams presented a ten dollar donation to the Nurses Charitable Fund, District 5, Pennsylvania Nurses Association. Carnegie subsequently helped to raise additional money and it became The Dr. Mary Elizabeth Carnegie Endowed Fund with the first grant awarded in 2007. Carnegie also served as one of the project directors for the Seatlantic Fund, begun in 1965 to sponsor programs in nursing education for the disadvantaged. As Carnegie notes in The Path We Tread: “Were it not for the associate degree programs in the community colleges, with low cost to the students and flexible standards , in terms of age, marital status, sex and race, many qualified Black students would be lost to the field of nursing.”