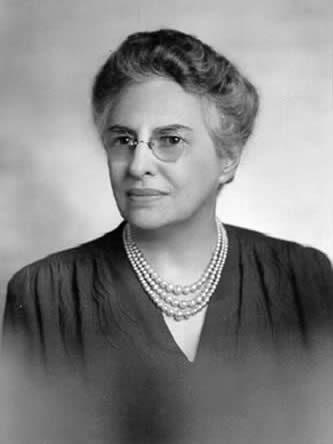 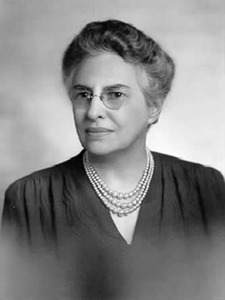 Jessie Faris, the first and longest serving administrator for the Virginia Nurses Association, established a role for the executive officer in legislative affairs. She was the founding editor of the association’s first official publication, the Bits of News. Working closely with other nurses and professional organizations, Faris helped push through legislative changes allowing the Virginia Board of Nursing to approve educational programs and grant licenses to practical nurses.

"Jessie's life purpose was based on the assumption that responsibilities are ours to fulfill, privileges ours to pass on. Her service to the community and the various humanitarian causes to which she gave so unselfishly can never be estimated."

Highlights:
Birth Date: 1882-01-03
Birthplace: Gauley Bridge, West Virginia
Death Date: 1960-02-15
Death Place: Richmond, Virginia
Education:
Nursing CV:
Biographical Text: Jessie Wetzel Faris, a native of West Virginia, attended public and private schools in Florida before entering the Retreat for the Sick Training School in Richmond, Virginia. An early reference to Faris is found in the minutes of the Virginia Board of Nursing when “Miss Jessie Wetzel” was identified as one of 44 candidates who took the licensing examination on June 19, 1907. She passed the examination and received her certificate of licensure. Later in her life, when she gave her annual report as executive secretary of the Graduated Nurses Association of Virginia in 1937, she reflected on her pride in receiving this certificate. Faris noted that it was signed by Sadie Health Cabaniss, first president of both the Graduate Nurses Association of Virginia and the Virginia State Board of Nurse Examiners, and Leah deLancey Hanger, the first secretary-treasurer of the Board of Nurse Examiners, and that it was issued to the person who became the first executive secretary of the Graduate Nurses Association of Virginia.

Faris was married twice, both times to physicians. Her first husband, Franklin Minor Clark, graduated from the Medical College of Virginia. He died prematurely and left Fais with a baby boy, Bruce Lloyd Clark. Her second husband was Ralph S. Faris, a homeopathic physician who practiced in Richmond, Virginia.

Faris began her professional career as a private duty nurse in Charleston, West Virginia. When she relocated to Richmond she held progressively responsible positions with both the Virginia Department of Health and the City of Richmond Bureau of Health. She directed a correspondence course for mothers during her time with the Department of Health.

Faris left public health nursing in 1932 to accept the position of executive secretary for the Graduate Nurses Association of Virginia (GNAV). Faris had been an active member of the association for some time and was elected treasurer in 1928. She established the first office for the GNAV in her home at 3015 East Broad Street in Richmond, Virginia. Her husband had his office on the first floor while the association’s was located on the second. As the GNAV grew, Faris supervised the relocation of the office, first to the Grace American Building at Fourth and Grace Streets in 1937; then to the Central National Bank Building on Broad Street between Second and Third Streets in 1944.

Faris quickly became well-known to the members of the GNAV as she traveled to local meetings. She was the founding editor for Bits of News, the official publication for the Graduate Nurses Association of Virginia for many years. The publication was subsequently titled Virginia Nurse Quarterly from 1955-1975, The Virginia Nurse, 1976-1992 and continues as the Virginia Nurses Today. Faris developed “procedure books” for the state and district officers and continued to serve as treasurer of the association through 1950. She also served as treasurer of the Virginia League of Nursing, (now the Virginia League for Nursing) during many of those years.

Faris established the continuing role of the executive officer in the legislative efforts of the Virginia Nurses Association. Her greatest achievement in this area occurred in 1936 when a member of the Virginia Senate, state senator Dr. Julian Woodson introduced a bill to replace the five-member Virginia State Board of Nurse Examiners with a board composed of three physicians and three nurses. Working closely with the president and secretary-treasurer of the Board and the president of the association, Faris organized nurses across the state to lobby in opposition to the “Woodson Bill.” The nurses of Virginia prevailed and the bill was defeated. In the mid-1940s, Faris worked closely with the other nursing organizations to make changes in the law that would allow the Virginia Board of Nursing to approve educational programs preparing practical nurses and to establish a method of licensing the graduates of those programs.

While Faris was working at the Department of Health she was asked by Dr. Ennion G. Williams, Virginia Commissioner of Health, to design a pin to honor an exceptional public health nurse Nancy Vance. Dr. Williams presented the gold, pearl studded five-point star pin to Vance in 1925 for her services to improve the health of Virginia’s children. In 1948, after the pin had been given to the association to recognize outstanding nurses in the Commonwealth, Faris received the award. Although she had wanted to retire as early as 1947, Faris agreed to stay on year by year through 1950. She was honored at a testimonial dinner at the Jefferson Hotel in Richmond, Virginia, in January 1951. A large number of colleagues and friends from across Virginia were present. Under Faris’s leadership, the association membership reached more that 3,600 members. She set a high standard for the nine leaders who would hold the position during the second half of the 20th century.
VCU Libraries Gallery
Tags: Class of 2009
Citation: “Jessie Wetzel Clark Faris,” VCU Libraries Gallery, accessed July 4, 2022, https://gallery.library.vcu.edu/items/show/77969.