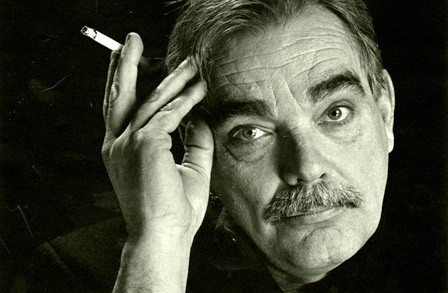 Larry Patrick Levis was born in Fresno, California on September 30, 1946. He was the youngest of four children born to William Kent Levis and Carol Mayo Levis. William Levis was a grape grower, and his son Larry grew up helping his father and the farm workers on the family farm in Selma, California.

Levis earned a bachelor’s degree from Fresno State College (now California State University) in 1968 where he studied under Philip Levine. He earned a masters degree from Syracuse University (1970), and a Ph.D. from the University of Iowa (1974).

Levis first book of poems, Wrecking Crew (1972) won the United States Award from the International Poetry Forum. His second book, The Afterlife (1977) was named by the Academy of American Poets as the Lamont Poetry Selection. The Dollmaker's Ghost (1981), was a winner of the Open Competition of the National Poetry Series. Other awards included a YM-YWHA Discovery award, three fellowships in poetry from the National Endowment for the Arts, a Fulbright Fellowship, and a 1982 Guggenheim Fellowship.

The University of Pittsburg Press released his fourth book of poems, Winter Stars, in 1985. His fifth book of poems, The Widening Spell of the Leaves was published in 1991. A work of short prose pieces, Black Freckles, came out in 1992.

Each year Virginia Commonwealth University honors the memory of Larry Levis by awarding the Levis Reading Prize. This prize is awarded to a poetry collection published in North America in the previous calendar year. The winner receives an honorarium of $5000 and is invited, expenses paid, to Richmond to present a public reading.