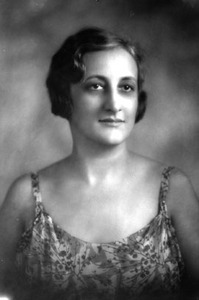 Frances Helen Zeigler Tunnell, a strong proponent for baccalaureate education for nurses, laid the foundation for the development of a BS program at the Medical College of Virginia School of Nursing and the expansion of collegiate nursing program at Vanderbilt University. Tunnell advocated for the separation of the education of nurses from service to the hospital. As President of the Graduate Nurses Association of Virginia she led the effort to defeat a bill that would have changed the composition of the Virginia State Board of Nurse Examiners from an all nurses to one comprised of three physicians and three nurses.

"I want to say a word about Miss Zeigler. Those of us who were there were very proud. As Mrs. Faris said, she was very dignified, as we all know she can be. I have never seen her anything else, but she was extremely dignified, and talked easily and courteously to those men - and she got over what she wanted to say in an effective manner. Miss Zeigler was the principle speaker for the nurses and I wish all of you could have heard her."

Frances Helen Zeigler Tunnell, best known in Virginia as Helen Zeigler, was born in Georgiana, Alabama. She attended Virginia Intermont College where she graduated in 1913. Tunnell taught for four years at Virginia High School in Bristol, Virginia before moving to Baltimore to attend the Johns Hopkins Hospital School of Nursing in the fall of 1918. After receiving her diploma in 1921 she spent a year as operating room assistant supervisor at the Johns Hopkins Hospital. She held nursing position with the Piedmont Hospital School of Nursing in Atlanta, Georgia and at the Yale University Hospital.

Tunnell continued her education at Teachers College, Columbia University where she earned her bachelor's degree in 1927. She then began more than twenty years of distinguished leadership in three schools of nursing beginning with two years at the University of Cincinnati School of Nursing. In 1929, she moved to Medical College of Virginia (now Virginia Commonwealth University) where she was dean for the MCV and St. Philip Schools of Nursing and director of nursing services for the MCV Hospitals. In this position, Tunnell encouraged the growth and expansion of the educational programs. She recruited to the MCV School of Nursing faculty Lula Wolf Hassenplug, an innovator and strong educator who went on to found the School of Nursing at the University of California at Los Angeles. Tunnel advocated for a baccalaureate program at MCV and continued to do so after she moved to Vanderbilt University as evidenced in her correspondence with William T. Sanger, President of MCV. She also pushed for the separation of the education of nurses from service to the hospital. During her tenure at MCV she collected materials related to the early history of the School of Nursing that survive today in the archives of the Tompkins-McCaw Library at Virginia Commonwealth University.

An active nursing scholar Tunnell contributed a number of articles on a variety of subjects to the nursing literature. During the Depression she served as an advisor in Virginia on professional projects for the Work Progress Administration (WPA). She published an article entitled, "Relief Work," in the American Journal of Nursing in 1934 where Tunnell described how the Medical College of Virginia Hospitals employed individuals adversely affected by the Depression.

Tunnell devoted much of her time and effort to professional organizations. She was an active member of the American Nurses Association and its constituent organizations in the states where she resided. She served as president of the Graduate Nurses Association of Virginia (now the Virginia Nurses Association) for a term in 1934-1936. She was a member of the Board of Directors of the National League of Nursing Education and a member of her Alumni Association and other professional groups. She is most widely known in the Virginia nursing history for her role in helping to defeat the Woodson Bill that was introduced in the Virginia General Assembly in 1936. The proposed bill called for the replacement of the existing Virginia Board of Examiners of Nurses, (the Board) consisting of five registered nurses with one comprised of three physicians and three nurses. Working with the executive secretary of the GNAV, the president and secretary-treasurer of the Board, Tunnell played a key role in organizing the nurses of Virginia to oppose the legislation. A review of her verbatim testimony to the Legislative Committee attests to her leadership which helped to defeat a bill that would have had a negative effect on nursing in the Commonwealth.

When the bill was initially introduced in the General Assembly Tunnell met with the Board and made some suggestions for change in the regulations. After the Board made the changes, she testified to the willingness of the Board to respond to the need for change. She also spoke on the radio during the time, appealing to the public to support the existing Board. Tunnell's influence and experience with the Woodson Bill aroused the Virginia Nurses Association to the importance of vigilance during legislative sessions and the need for a strong committee on legislation. From that date forward, the Association has conducted an active legislation program. Tunnell left MCV in 1939 and began her ten years as dean at the Vanderbilt University School of Nursing. She continued her drive for baccalaureate education for nursing, preventive medicine, and public health nursing. While at Vanderbilt, she represented nursing on the Southern Regional Education Board (SREB) and chaired a subcommittee that studied the needs of nursing. Recommendations from this subcommittee stressed the importance of higher education for nurses, but no action was taken by the SREB. Tunnell's efforts to promote baccalaureate and higher education and to separate nursing education from service left her mark on nursing beyond her lifetime.

In 2000, Tunnell was named one of Virginia's Pioneer Nurses by the Virginia Nurses Association as part of its centennial celebration. The Virginia Commonwealth University School of Nursing identified her at one of 120 Visionary Leaders among faculty and alumni during the celebration of its 120th Anniversary in 2013.

Tunnell left Vanderbilt in 1949 and married Spence Tunnell, Jr. They lived in Florida where she died in 1963. Through her will, she endowed a scholarship for a student in the Vanderbilt University School of Nursing who demonstrates merit and need.