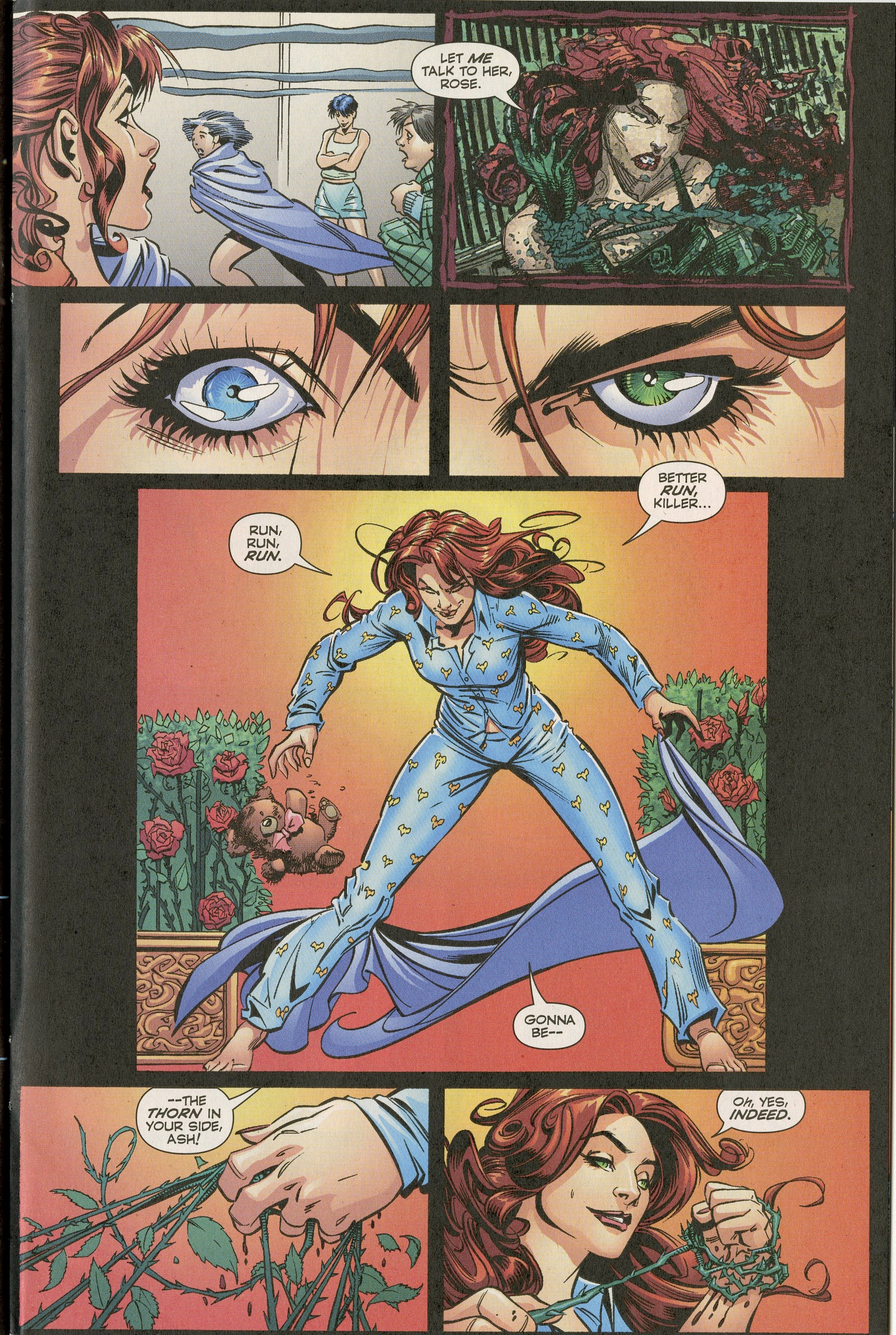 Publisher: DC Comics
Description: The world we live in creates a certain set of expectations. We expect the sun to be bright, and things blocked from its light to be dark. We look outside and we expect the sky to be blue, or the grass to be green. Subverting these expectations can be a powerful tool for any artist. If someone wants to show that their story takes place on an alien planet for example, or a parallel dimension, then one of the easiest ways to do this is to take something like the sky and change it to a different color. We know that the sky on earth is blue, so when an artist colors it red, it is easy to accept that the setting for this red sky is somewhere other than earth. A subversion doesn’t have to be as dramatic changing the sky though. Simply changing one thing in an image can make the viewer question their assumptions about that image. A fair number of comics and TV shows have done this when they change a character’s eye color. For example in Rose and Thorn, the change from blue to green eyes signals the change of the main character’s duel personality from Rose to that of Thorn. It’s a small thing, but the difference alerts the viewer that something important has happened, and as a result captures their attention.