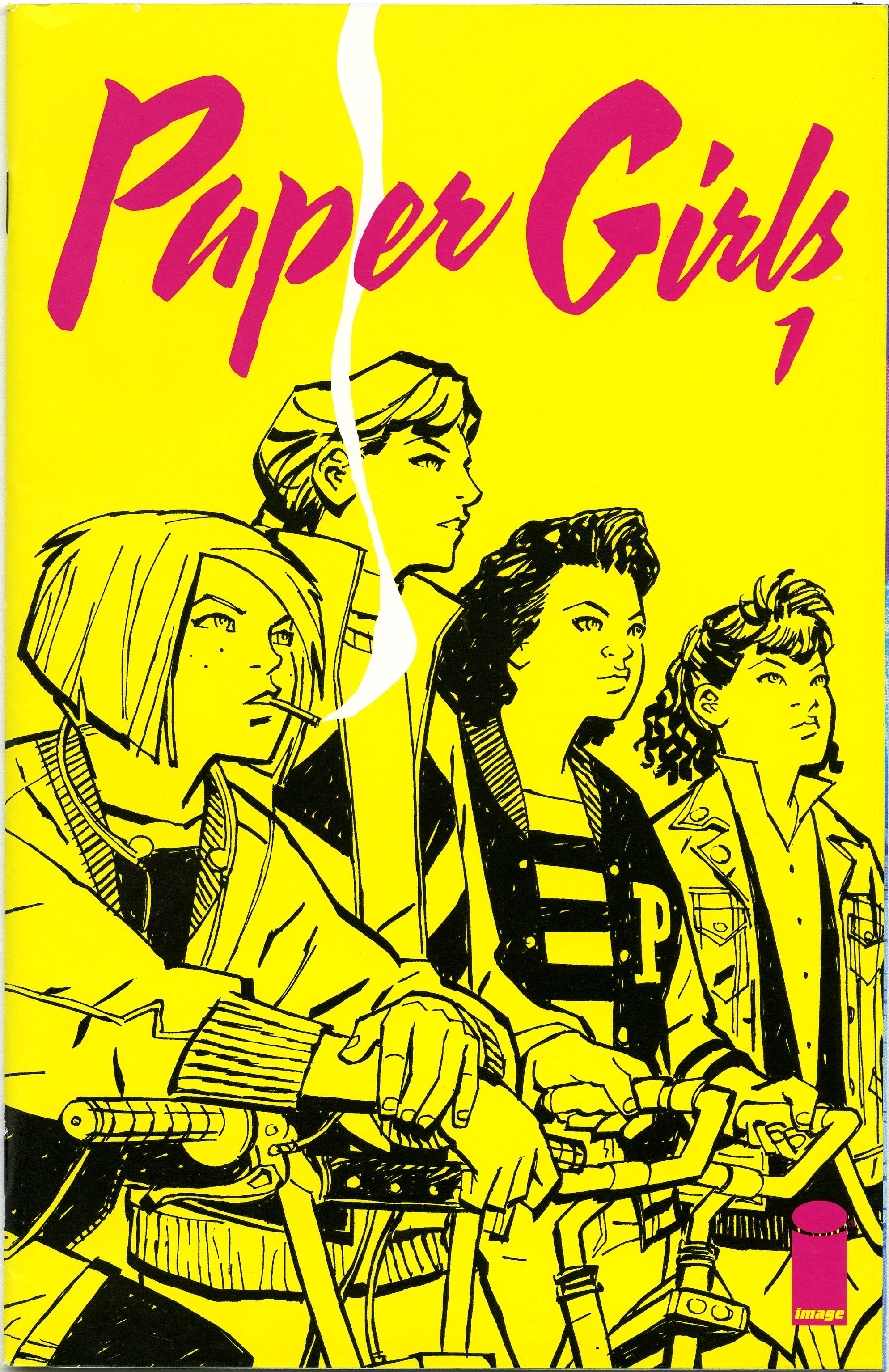 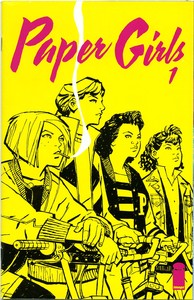 Publisher: Image Comics
Description: With the four main characters sketched in black against a yellow field, bold pink lettering, and a single smoke trail of white, The cover of Paper Girls was made to be eye-catching. Yellow is the most reflective of all the colors, meaning that it is one of the first to be noticed by passerby. By choosing yellow as the background of this first issue, the comic creators co-opted this property to their advantage. Since yellow is the most noticeable of the colors, a yellow comic on a shelf will draw the attention of potential readers better.

Yellow and red when used together can be referred to as analogous colors. Analogous colors have adjacent placements on the color wheel, and as a result have similar effects. This means that the pink lettering also works to the comic’s notoriety since red is one of the “warm” colors, and attracts the eye in a similar manner to yellow. But the pink lettering also has a secondary task. Pink in the United States is often associated with femininity, and so the pink of the letters reinforces the “Girls” in the title.

The cover of the comic may appear simplistic, but it is a highly effective promotion for the content within. Yellow coloration draws attention, the sketch of the main characters shows the reader who the comic will be about, while the pink of the lettering supports the job of the yellow backdrop while reinforcing the rendering of the title. Paper Girls communicates all of these messages to a viewer in a single glance.