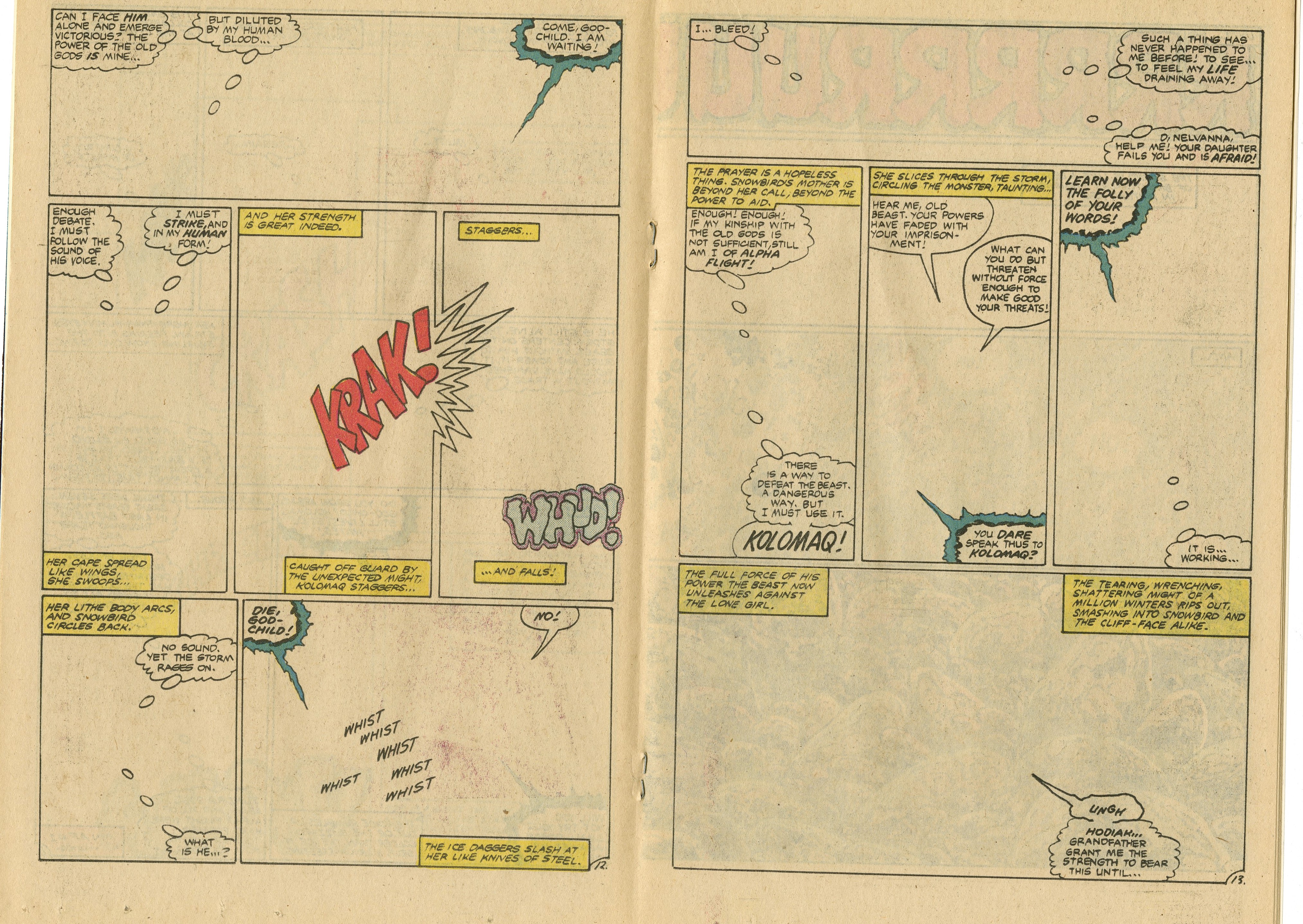 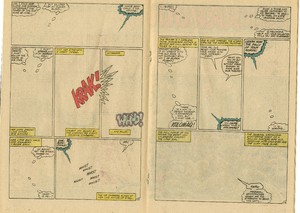 Description: Pages 13 and 14. This page which features the hero Snowbird fighting the weather controlling beast Kolomaq in whiteout conditions is the comic version of drawing a polar bear in a snowstorm. There are no images to follow, instead the text serves to carry the action both visually and narratively. Because the reader cannot see the characters, the creators of this comic had to come up with some way for the two to be distinct from one another, and had to find a way to simulate a battle between them with words alone. To distinguish between the two characters, the creators altered the shape of the text balloons, with thought bubbles and smooth lines for the hero, and jagged balloons for the villian. For the action, the words themselves became both onomatopoeic and dynamic. With KRACK, WHUD, and whist, the creators of this story enlarged certain words to represent louder noises, slanted others to create the illusion of movement towards different parts of the page, and even broke the gutter between panels in one case to show a particularly strong blow. In this comic, the text becomes the image.