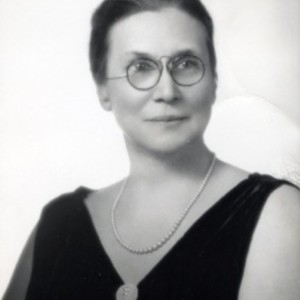 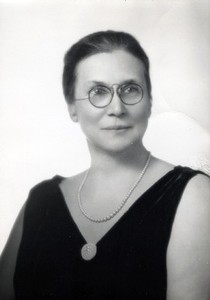 Josephine McLeod, a lifelong educator and nursing administrator, was the second of three outstanding women who served as secretary-treasurer of the Virginia State Board of Examiners of Nurses for a total of fifty years. Following in the steps of Ethel Smith, McLeod shaped the practice of nursing in the Commonwealth in the period surrounding World War II and further refined the leadership role of the secretary-treasurer position for her successor Mabel Montgomery to uphold. During her tenure as superintendent of nurses at the University of Virginia Hospital she both elevated the educational standards and revitalized the practice of nursing.

"October 4, 1948, does not merely record the passing of a woman who labored long and faithfully to uphold the traditions of her profession: it marks instead surcease of activities for one who had a vision, and the courage to follow it; a faith and steadfastness to make it practical; a love of people and events and the sympathy to appraise them. Miss McLeod's life purpose was based on the assumption that responsibilities are ours to fulfill, privileges are ours to pass on."

Highlights:
Birth Date: 1883-07-13
Birthplace: Rockbridge County, Virginia
Death Date: 1948-10-04
Death Place: Charlottesville, Virginia
Education:
Nursing CV:
Biographical Text: After receiving her Bachelor of Science degree from Randolph-Macon Women's College in 1903, Josephine McLeod taught in private schools in Richmond, Virginia. She believed that she could help young people through education, but she soon found that the health problems of many of the students interfered with progress and she saw a public health nurse work with these children. As a result, she changed her career and entered the Johns Hopkins Hospital School of Nursing, graduating in 1911. Her first position was at St. Elizabeth Hospital in Richmond where she was also responsible for the training school for nurses and nursing service in the hospital. Thus began a long career where McLeod successfully combined the two fields--education and nursing--to improve and enhance both the education and the practice of nursing. McLeod continued in the role of superintendent of nurses in Virginia, Texas, Illinois, and New York. In this position, as in similar ones across the country, McLeod was responsible for the nursing service in the hospital and the education of the student nurses. It was a role in which she excelled.

In 1924, she returned to Virginia to become the superintendent of nurses in the School of Nursing at the University of Virginia Hospital. As director, she quickly moved to upgrade the educational standards of the program, acquire the resources to improve the quality of life for the student nurses, and revitalize the hospital's nursing services. Her interest in furthering the educational and professional standards of nursing prompted her active participation in the Graduate Nurse Association of Virginia (GNAV) and the Virginia League for Nursing Education (VLNE). In 1928, McLeod joined Agnes Dillon Randolph on the Lawn of the University of Virginia for the formal dedication ceremonies of the Sadie Heath Cabaniss Memorial School of Nursing Education. McLeod and other Virginia nurses had raised funds under the leadership of Randolph to establish a chair of nursing within the Cabaniss School of Nursing Education. This program was the first in the school that offered a Bachelor of Science in nursing education.

Two years later, McLeod became a member of the Virginia State Board of Nurse Examiners. She served for one year as president of the Board prior to 1937 when she was elected by the members of the Board as secretary-treasurer to replace Ethel Smith who retired after serving faithfully in that position for twenty years. For the next eleven years, McLeod guided nursing in Virginia through the turbulence of World War II and the early post-war period. She worked tirelessly to implement and support the United States Cadet Nurse Corps program in Virginia. This program, created by Congress in 1943 to recruit more students to ease the nation's shortage of nurses, both civilian and military, required significant changes in the education curriculum. The most notable of these changes was the move from the state's requirement of three year nursing program to an accelerated course of instruction that could be completed in two and one half years. This accelerated Cadet program required the newly graduated nurses to serve six months in hospitals and public health agencies that were in greatest need of registered nurses. Under McLeod's leadership, the Board made the necessary changes to their educational requirements and all but one of Virginia's schools of nursing participated in the Cadet Nurse Corps.

Although many believed that the severe wartime nursing shortages would be eased as nurses returned from military service, the shortage only intensified after peace was achieved in 1945. Dealing with decreasing enrollments in schools of nursing, and the demand of the population for health care services, McLeod lent her leadership to various committees that sought ways to educate more and better prepared nursing students and to entice nurses to return to hospital employment. She worked with the leaders in GNAV to prepare and support a major change in the Virginia Nurse Practice Act in 1946 that would allow the licensing of practical nurses. McLeod began the implementation of the revised act and the Board issued the first licenses to licensed practical nurses and approved the earliest schools of practical nursing during 1947. With other state leaders, McLeod helped to facilitate the organizational meetings for the two associations for licensed practical nurses on two consecutive days in Richmond in 1947. Following the racial practices of the time, separate associations were established for African American and white LPNs. Following a merger in subsequent years, these organizations now exist as the Virginia Licensed Practical Nurse Association, a constituent of the National Federation of Licensed Practical Nurses.

McLeod was active in other professional organizations including the GNAV, the VLNE, the American Nurses Association (ANA), and American Association of University Women to name a few. She served on the GNAV Board of Directors, chaired the Committee on Legislation, and worked with numerous other committees within the state association. On the national level, McLeod was elected for two terms as a member of the ANA Nominating Committee in 1939 and served on the ANA Committee on State Board Problems.

Fully committed to the task of upgrading nursing education, McLeod worked tirelessly, encouraging schools to follow the National League for Nursing Education curriculum guidelines. She traveled the state to assist schools in modifying their curricula. In particular she pushed to have schools add psychiatric nursing to their curriculum by seeking clinical experiences in hospital schools that offered this content. She also guided schools in their struggles to add more qualified faculty to their staffs.

A witty conversationalist with an infectious laugh, McLeod was friend to many. She had a zest for life that impressed her nursing colleagues and helped to sustain her spirits when she was diagnosed with cancer. In spite of her illness she continued her duties with the Board of Examiners until right before her death in October of 1948.

The Graduate Nurses Association honored McLeod in 1950 when it established the Josephine McLeod-Ethel Smith Scholarship Fund to honor the two women who had served as secretary-treasurer of the Virginia Board of Examiners of Nurses from 1920 to 1948. Later renamed the Smith-McLeod-Montgomery Fund, it was the basis for the current Virginia Nurses Foundation. District 7, of the GNAV named Josephine McLeod as its first honorary member. In 1972, the Board of Visitors at the University of Virginia named the building that houses the School of Nursing in her honor.
Bibliography: Writings by Clara Josephine McLeod